Experienced how Kawit, Cavite celebrates Christmas in a historical way 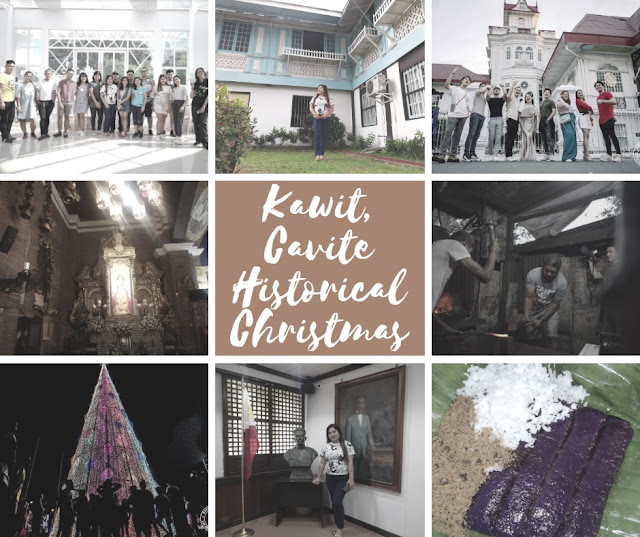 The Municipality of Kawit, Cavite is a 1st Class Municipality. It is the cradle of the Philippine Independence. It’s the cultural heritage and unprecedented historical role in Philippine History is a unique treasure for Kawit. The town of Kawit was known as the Cavite el Viejo (Old Cavite) during the Spanish era. It was founded in the 16th century. The name Kawit was derived from the word kalawit or hook, a curved piece of metal or wood. This is also in reference to the small hook-shaped peninsula jutting out to Manila Bay from Cavite.

The province of Cavite:
Residents are considered fisher folks, whose livelihood mainly depends on fishing. Here are some of the Barangay's that are known for fishing: 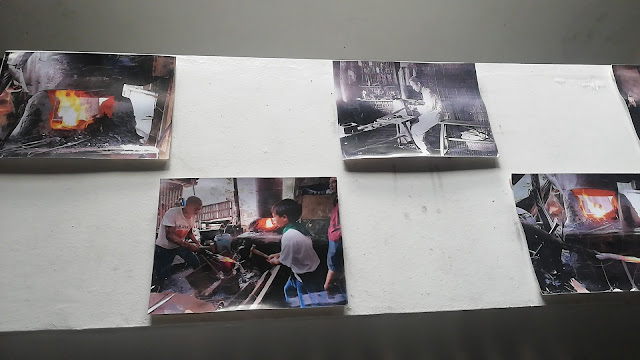 I never thought of going to Kawit, Cavite will make my definition of Christmas lighting differ from other most Mall and Hotel Christmas Lighting in the City. I had experienced how they celebrate the season in a historical way. I don't remember when was the last time I visited Emilio Aguinaldo's House, if during college or high school days in one of the Philippines remarkable historic places every millennial now should and must-visit that is at Aguinaldo's Shrine/House. It's like going in for the first time all over again and be mesmerized about how they had preserved everything and walking down the time of that historic moment when our flag was first waved. Truly the municipality, the Kawiteños and the Mayor have a remarkable way of celebrating Christmas in Kawit, Cavite.

Let us explore the town of Kawit, a predominantly agricultural town. Aside from farming, Cavite el Viejo also had other industries like fishing, salt production, and blacksmithing. Cavite el Viejo was a relatively small pueblo in terms of population and land area. The land of Cavite el Viejo was mostly used by the residents for farming.

Here are some of the MUST visit historical places, landmarks, and even food in Kawit, Cavite during Christmas Season.

With the aim of satisfying your expectations and turn your events a remarkable one. The home of all events and a luxurious venue for your wedding. Experience Romance in the Air and out ordinary themed wedding and events.

We first had our sumptuous lunch at Priscilla Crystal Palace the Events Place with other influencers and vloggers. An indoor venue with over 300 maximum guest capacity.

A single-detached house built by Gen. Baldomero Aguinaldo, cousin of Gen. Emilio Aguinaldo and grandfather of Cesar Virata who as a prime minister in the 1980s. During the American Colonial Period in 1906 at Binakayan, Kawit, Cavite. Baldomero held several positions at the revolutionary government during the early 1900s. He became the head of the Kawit Chapter of the Katipunan, President of the KKK Magdalo Council, and Secretary of the Treasury in the 1897 Biak-na-Bato Republic. Also, he became the Secretary of War and Public Works after the establishment of the First Philippine Republic by Emilio Aguinaldo.

Baldomero Aguinaldo lived as a farmer after the revolution.

I never knew anything about Baldomero Aguinaldo, nor my teachers from history subject or Araling Panlipunan told us about him, not until we visited his simple house.


The house of Gen. Baldomero Aguinaldo is a two-story house with blue-green and white paint finish and simple decorative details. The lower ground floor or bodega which is intended to be partly closed serves as the working area. Stairs lead up to the living room, or sala, facing in front of the street. It is a well-ventilated space due to the provision of three windows on each side. There are two sets of windows: the outer set made out of large glass panes while the inner set composed of fixed wooden blinds made out of Philippine hardwoods, molave, and narra. Also, these windows have openings below its window sills, also called as ventanillas. Located between the floor and the window sill, these openings provide additional inlet and outlet of air inside the second floor.

When the Philippine-American War ended, Baldomero Aguinaldo retired to private life and spent his time cultivating a coconut plantation he acquired in Silang, Cavite sometime after he married. Silang is one of the major coconut-producing municipalities in the province, having the most number of farmers. It is also dominated by pineapple and coffee production and is a source of many high-value commercial crops.

Agriculture plays an important role in the Philippine economy. Subsequently, rice farming is a major agricultural activity in Kawit. Many of the residents spend their time on the farm to make a living and rely on this agriculture niche. The most widely practiced manner of producing rice is by irrigation. The use of traditional farm tools and implements for self-sustenance has been developed/modified through experience over generations to meet emerging socio-economic and farming challenges.

Kawit's main crops were:
Most of the barangays in Kawit have their own rice fields like in:
He died on February 14,1915.

Aguinaldo's house is a mansion over 14,000 square feet in floor area designed by Aguinaldo himself. The house features secret passages and hiding places for documents and weapons and is filled with antique furniture and decorated throughout with motifs of the Philippine flag and other national symbols.

The house was built in 1845 made from wood and thatch and reconstructed in 1849. Here, Aguinaldo was born on March 22, 1869. In 1964, the government declared the mansion as a National Shrine on June 18 through the Republic Act of 4039 signed by President Diosdado Macapagal.

Did you know that the famous house appeared twice on our Philippine peso bill—it was illustrated on the two-peso and five-peso-bills.

A national shrine located in Kawit, Cavite, where the Philippine Declaration of Independence from Spain was declared on June 12, 1898. Now known as Araw ng Kalayaan or Independence Day, a national holiday, where the Philippine flag is raised by top government officials on June 12 each year. The house is now a museum. The shrine is the ancestral home of Emilio Aguinaldo, officially the first President of the Philippines, the only president of the First Philippine Republic.
The ground floor serves as a museum, which houses historical artifacts.

Located on the second floor is the grand hall, a large meeting room with the historic front window from where the Declaration of Independence was read. The front Independence balcony was added by Aguinaldo during the 1919 renovations. The dining room located on the same floor is highlighted by a raised-relief map of the Philippines on its ceiling.

The ceiling is a gallery or soaring symbols: "Inang Pilipinas," the eight-rayed sun depicting the revolt of the eight provinces; and the furled flags and dove. The latter is a symbol of the hero's aspiration for Philippine recognition as a member of the League of Nations. A relief map of the Philippines adorns the ceiling of the dining area.

The house interiors are a collector's dream: four-poster canopied beds, an armoire, loveseats with inlaid ivory, Vienna rocking chairs, and China cabinets. Most of these are of varnished Philippine hardwood, the kind that, in this day and age, are either rare or too expensive. Furniture, and even pillars and doorways, are carved ornately in varied styles: rococo, baroque, and Gothic. The floor is a mosaic of wooden trapezoids, a waxed-and-polished jigsaw puzzle of flags. Even the pillars on the way to the dining room exhibit these mosaic flags.

The kitchen, a conference room, and a partially covered terrace on the western end of the building. On the east wing are three bedrooms for the general's three daughters.

The second floor consists of the General's bedroom, the grand hall, the dining room and kitchen, a conference room and an azotea.


To be honest roaming around the second floor of the house gives me chills a bit creepy I can't stand long taking photos and videos at the different rooms, comfort rooms and in the kitchen.

Emilio F. Aguinaldo died on February 6, 1964, at the age of 94 at the Veterans Memorial Medical Center in Quezon City.

Open Tuesday to Sunday 8 AM to 4 PM

The Christmas specialty – Puto Bumbong or a rice cake with shaved coconut and muscovado sugar is a staple food trip stop that shouldn’t be missed when visiting Kawit.

Puto Bumbong is best paired with their Pandan Tea.


During the revolution, bolos and knives were the main weapons of our heroes. Once a thriving local industry, produced swords, bolos, and machetes that were used by Filipino fighters during the Philippine Revolution. The pandayan remains a living part of Kawit’s historical narrative.

Bolo making was demonstrated by Tatay Walden “Waldy” Cabigona with the help of his assistant Noel Catuba. Unfortunately, according to Panday Waldy, the youth are not interested in it anymore. It has now become one of our rare and dying industries.

Blacksmithing is an endangered craft that needs to be promoted and preserved. The local Pandayan is still active and you can still buy handcrafted knives and bolos made the same way during the Revolutionary era.

An antique life-sized image of St. Mary Magdalene, which locals believe to be miraculous, is displayed on the left altar.

St. Mary Magdalene Parish, Kawit Church is one of nine pilgrim churches in Cavite. It is also the second oldest parish in the province. Gen. Emilio Aguinaldo, President of the First Philippine Republic, was baptized here in 1869.


Kawit celebrates the Christmas season through a spectacular display of lights at the Aguinaldo Shrine and Freedom Park.

A fireworks display and lighting of the Christmas lights at the Freedom Park was also held.

I hope most if not schools and Universities will have more field trips and historical Lakbay Aral that includes all the Historical Landmarks in Kawit, Cavite.

Make sure to visit Kawit Cavite this Christmas Season and enjoy the season filled with pride in our own heritage and historical sites in Kawit. The Municipality of Kawit welcomes everyone who wishes to visit Kawit during the Christmas season.

Posted by Leomy Travels and Food at 11:56 PM 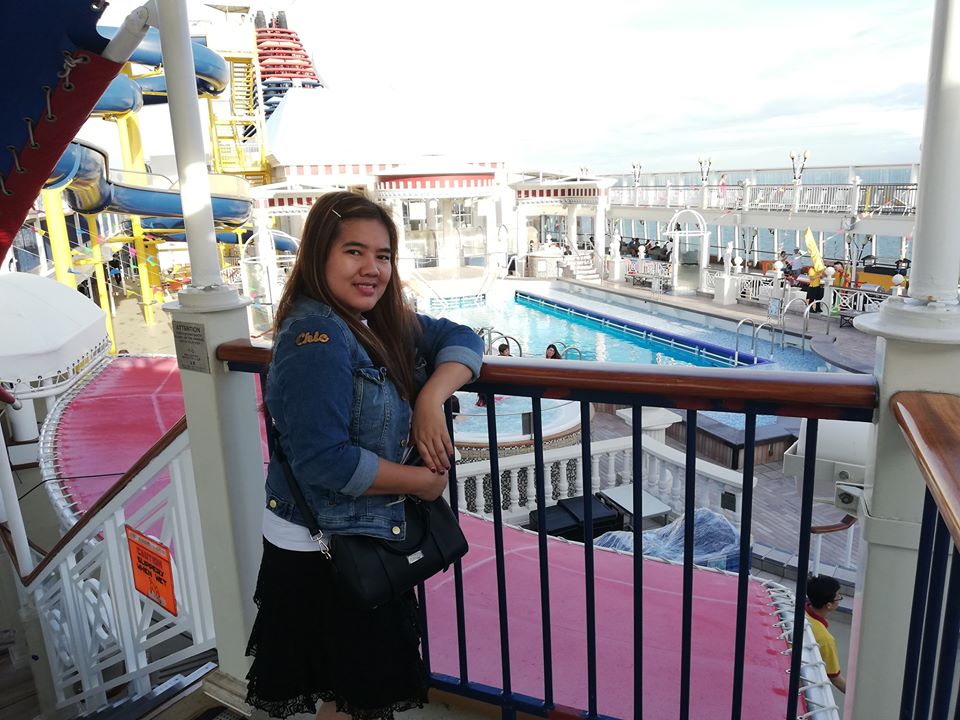 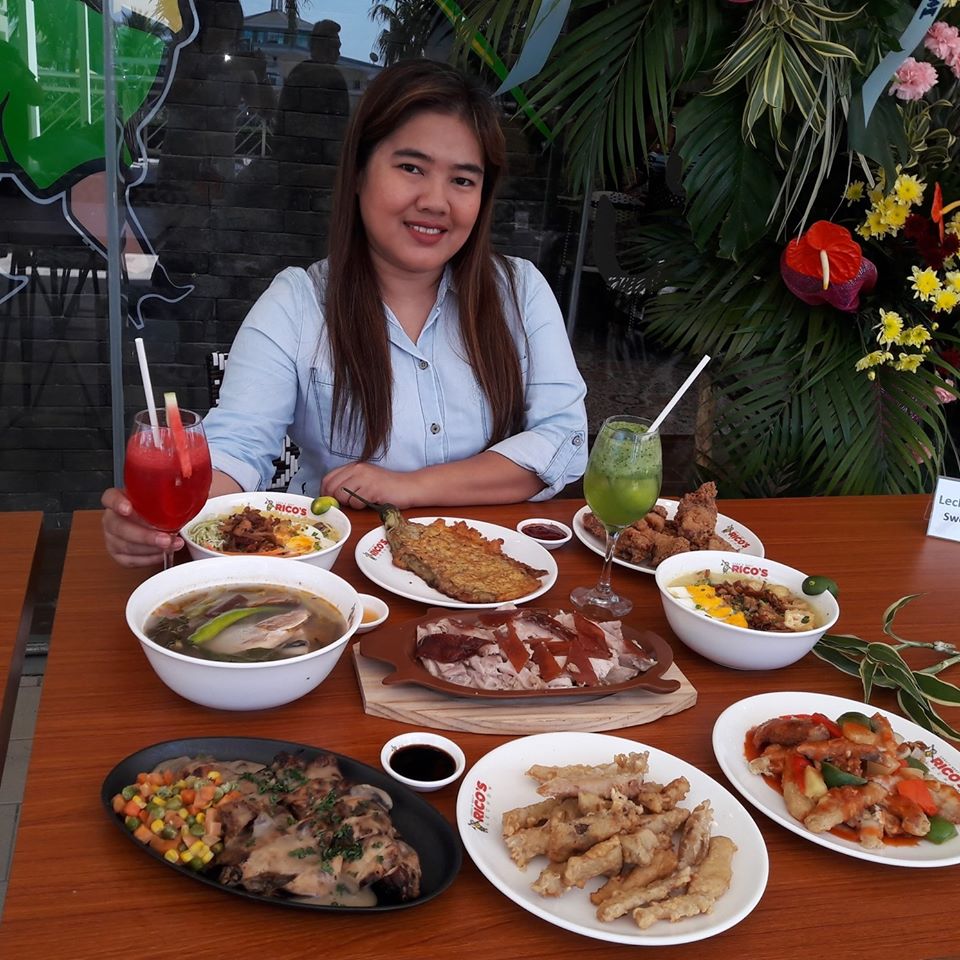